Fourth grade at Rowland Hall is all about Utah. As we studied both brine shrimp and the legislative process this year, we thought, What better time than distance learning to combine the two?!

After learning how bills become laws, students took it upon themselves to petition our state government to make the brine shrimp the official crustacean of Utah. Who would ever think a landlocked state could possibly have a state crustacean? Students used their persuasive-writing skills to craft letters to our governor and state legislators. Below, Dean Filippone’s letter is one shining example of what a dedicated Rowland Hall fourth grader can create.

I am a student at Rowland Hall in fourth grade and I am writing to you because I love the state of Utah. I only have one suggestion to make Utah even better: we can become the only landlocked state in the United States of America that has a state crustacean. The crustacean l nominate is the brine shrimp.

Brine shrimp are like people of Utah in that we are both persistent and don’t give up.

There are many cool facts about brine shrimp that remind me about Utah and the great people in it. For example, did you know that a brine shrimp is barely the size of a pencil eraser, yet because there are so many in the Great Salt Lake, their combined weight is more than 13,000 elephants? It reminds me of Utah because we are all very small in the face of the world, but when we work together we can do even the hardest things.

Brine shrimp are like people of Utah in that we are both persistent and don’t give up. In fact, brine shrimp can survive at 221 Fahrenheit for two hours and still live. The cysts can even survive for 25 years without food! Utahns have survived a lot of persecution; not to mention challenges with the weather and having to form communities in the high mountains and mountain deserts. Brine shrimp and the people of Utah are tough!

Brine shrimp are very rare. Do you know that only Utah and California have brine shrimp in the United States?

The final reason l hope you will consider is that brine shrimp are very rare. Do you know that only Utah and California have brine shrimp in the United States? It would be special to have them as our crustacean. These are dark days with COVID-19 so we should celebrate all nature and other things to make us feel better.

Thank you for your consideration, and l hope to hear from you soon.

Top image: Teacher Marianne Love wades in the Great Salt Lake during a fourth-grade field trip to Antelope Island in May 2018.

Annual Fund Sparks Young Minds
Mom Tonya Pickron was surprised by her daughter Lindsay's response to the routine question, "What's your favorite subject in school?" The fourth grader's answer: math.
"Lindsay has always been good at math, but she's never showed the confidence in it that she does now," Tonya said. "Marianne Jenkins has a way of teaching that gets Lindsay fired up. Now, Lindsay not only loves being challenged with rigorous math problems, but she's also interested in architecture. It's like she is becoming this little STEM girl."
Since the implementation of Rowland Hall's 2014 Strategic Plan, teachers have increasingly engaged in professional development to help us achieve goal 2—provide an outstanding math and science program. Last summer, when Marianne shared an interest in pursuing a math endorsement, Lower School Principal Jij de Jesus sent her to a workshop at Stanford University. "I just died—I was so excited," she said. "I sat right up front. It was so much fun." 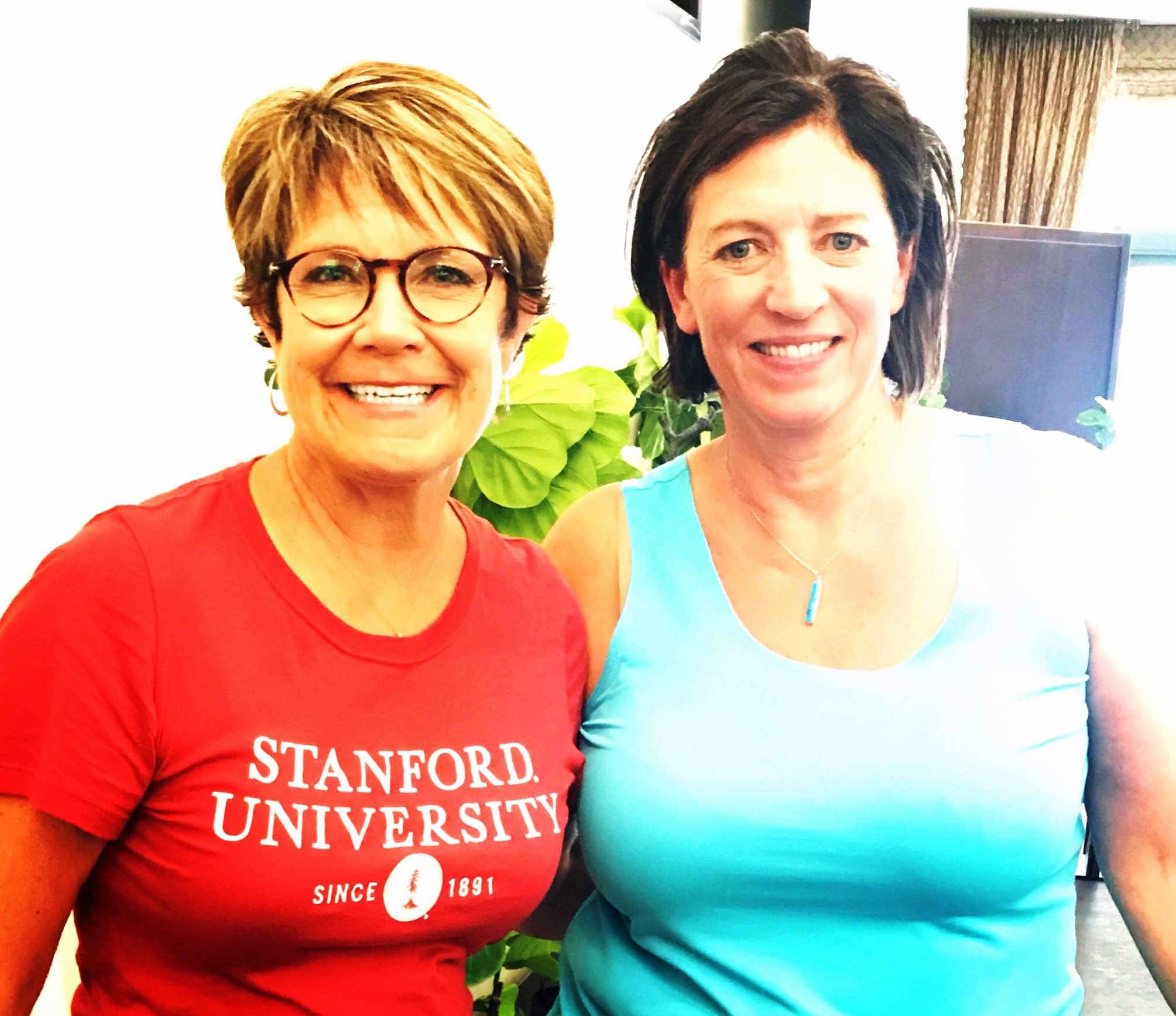 At Stanford, Marianne met Jo Boaler, world-renowned math professor, math-education author, and founder of YouCubed, a Stanford center that provides teachers with math-education resources. Marianne learned about mathematical mindset, a technique that adapts Carol Dweck's theory of growth mindset and applies it specifically to math education. "So many kids label themselves as not being 'math people,' but everyone is a math person," the Rowland Hall teacher said. The Stanford workshop taught her how to talk to students about brain development and making mistakes. Now, Marianne writes three math problems on her classroom board twice a week, and one is always an extra-challenging word problem. Sometimes kids answer incorrectly. But because of the classroom culture, they can comfortably discuss where they went wrong. "When they think it through, they get a stomp stomp clap clap from their peers, acknowledging that their brains grew," Marianne said. "The kids have really begun to celebrate their mistakes and embrace the struggle because they understand that's part of their growth."

The workshop influenced me to believe that kids can do way more than we think they can. They know that if something isn't hard, they're not learning. I want every student to be challenged. They know I expect a lot out of them, but they also know I care a lot about them. It's an equally tough and nurturing environment, a combination that stimulates growth.—Marianne Jenkins, fourth-grade teacher

Students have loved the advanced activities from Jo Boaler's workshop and workbooks. The problems are often at a sixth-grade level, but Marianne presents them in a way that's appropriate for her students' brain development, and the fourth graders find solutions with modeling and simple algebra. "The workshop influenced me to believe that kids can do way more than we think they can," the teacher said. "They know that if something isn't hard, they're not learning. I want every student to be challenged. They know I expect a lot out of them, but they also know I care a lot about them. It's an equally tough and nurturing environment, a combination that stimulates growth."

Growth in the classroom is just as important for students as it is for educators. Because of leadership gifts to the Annual Fund, Rowland Hall's teachers are offered professional-development opportunities—just like Marianne's workshop—that directly enhance their students' academic experiences. Think of it like a math problem; the transitive property of equality says that if a=b, and b=c, then a=c.

It's simple math. Your contributions make a tremendous difference in the lives of Rowland Hall's students. Thank you so much for your support.

Rowland Hall fourth-grade teacher Marianne Jenkins, pictured above in banner photo, always wanted to be a teacher, but during her undergraduate years at the University of Utah, her passion for science and math sidetracked her interest in education. A science-based program through the American College of Sports Medicine offered accreditation as a personal trainer, which led her to a career as clinic administrator for two of the area’s most respected orthopedic clinics—first at Rosenberg Cooley Metcalf Clinic in Park City and later at the Orthopedic Specialty Hospital in Murray.

One day on her way to work, Marianne was listening to an NPR story about the need for quality school teachers. “By the time I reached the clinic, I had decided to change careers,” she said.

Marianne and her husband, Chip, moved back to Connecticut—Chip’s home turf. She first taught in a shoreline town in Connecticut, then at a school in New Haven serving the underprivileged. After returning to Utah five years ago, she taught fifth grade at Canyon Rim Academy before finding her “dream job” at Rowland Hall last April.

“Rowland Hall values excellence, which is one reason I have always admired this school,” Marianne said. “I feel fortunate and blessed to find myself at Rowland Hall. My mentors, fellow fourth-grade teachers Erika McCarthy and Rebecca Filion, have been terrific in guiding me.”

Marianne’s husband composes music for television commercials. One of his best-known commercials is Apple’s “Think Different” spot, which won him an Emmy. He’s also the lead guitarist in a Grateful Dead cover band, Mokie. As if being married to a rock ’n’ roller wasn’t enough, Marianne has three grown children and 10 grandchildren, all living in Utah.

“Since I’m doing what I love and am passionate about, it’s a natural path to aim for increased competence and proficiency,” Ms. Jenkins said. “I am so proud to be a Rowland Hall teacher; I couldn’t wait to put my Rowland Hall sticker and license plate on my car.”

New 2PreK and 3PreK Lead Teacher Gail Rose brings with her over 25 years of experience working with young children in a National Association for the Education of Young Children-accredited program in historic Plymouth Church in Brooklyn, New York. She has a graduate degree in education from Bank Street College of Education, where she learned the value of an exploratory, developmentally appropriate approach to learning. She furthered her study of how young children learn at the school of Reggio Emilia in Italy.

Ms. Rose and her husband, Larry, an attorney who maintains a practice in New York, had been dreaming of moving to Park City for years. The missing piece was finding a school to continue her journey as an early childhood educator. Last February when she visited the Beginning School at Rowland Hall for the first time, she knew the fit was right.

“My strong belief in embracing the many ways children express themselves and construct knowledge meshes perfectly with Rowland Hall’s philosophy,” Ms. Rose said.

Ms. Rose is an active outdoorswoman, and looks forward to sharing her love for both the mountains and the city with Rowland Hall’s community of learners. She believes that around every corner, something is waiting to be discovered. 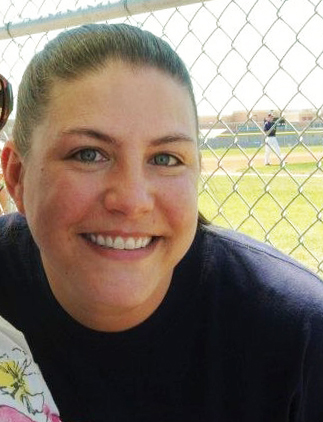 Rowland Hall welcomes Student Accounts Manager Trina Empey to the bustling Business Office. Originally from San Diego, California, Trina is proud of her upbringing in a military home that she said “fostered integrity, honesty, and self-reliance.”

She has worked in the accounting field since 1997 in manufacturing, media, and nonprofit industries; her favorite job (second to Rowland Hall) was with Frito Lay, where she worked from 1996 to 2007.

Outside of work, Trina enjoys spending time with her husband, Brad, a retired law enforcement officer, and her two grown children—a daughter with a family of her own living in Lehi and a son attending college in Utah. A sports enthusiast, Trina says she doesn’t play softball anymore due to injuries, but she and her family are definitely Dodgers fans.

“Since becoming a Rowland Hall staff member I have enjoyed the immense support, camaraderie and positive environment,” Trina said. “I am proud to work with a team of people who genuinely care about our students.”