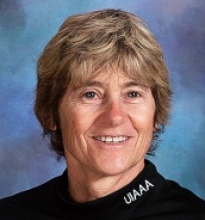 As the school's Athletic Director, Kendra attained Certified Athletic Administrator status in 1999. The College of Eastern Utah, where she began her collegiate experience, in 1996 inducted her into their Athletic Hall of Fame, and she was inducted into the Utah State Athletic Hall of Fame in September, 2011.

She loves golfing and other outdoor recreational activities.