A Season of Abundant Snow and Victorious Races for Academy Skiers

As the end of March approaches many Rowmark Academy skiers are still hard at work, competing in numerous race series and championships all over the country.

The skiers enjoyed light Utah powder this year, which is always a blast.

The Rowmark U19's encountered some challenging course conditions and raced in snow, rain and fog. This group has a very demanding travel schedule and the level of competition on this circuit is always top notch. The U16's have a comparatively less demanding travel schedule, but the level of competition on this circuit this year has also been high. Even with tough competition, our student-athletes grabbed podium and top ten finishes in all series. 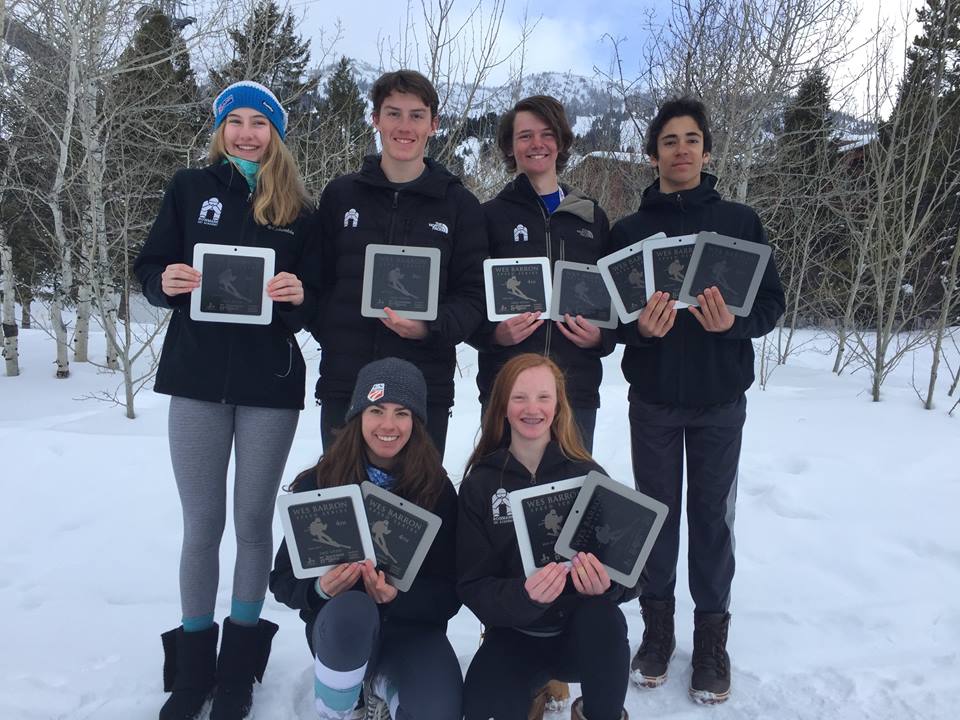 The performances by the U16 group have been consistently high-they've enjoyed victories and podium results at the season-long Intermountain U16 qualifier series.

Congratulations to Danika Mannelin, Elena Zipp, Greg Olszanskyj, Carter Louchheim and Middle School Rowmarker Mary Bocock for qualifying for the U16 National Championships at Sugarloaf Mountain in Maine at the end of March!

Jimmy Bocock qualified for the Tri-Divisional Championships at Snowbird and dominated! Along with winning all three races, Super-G, GS and SL, Jimmy took the overall title for the series!

The U16s will wind down their season at the last Intermountain Division (IMD) open races scheduled for Snowbird April 8-12. 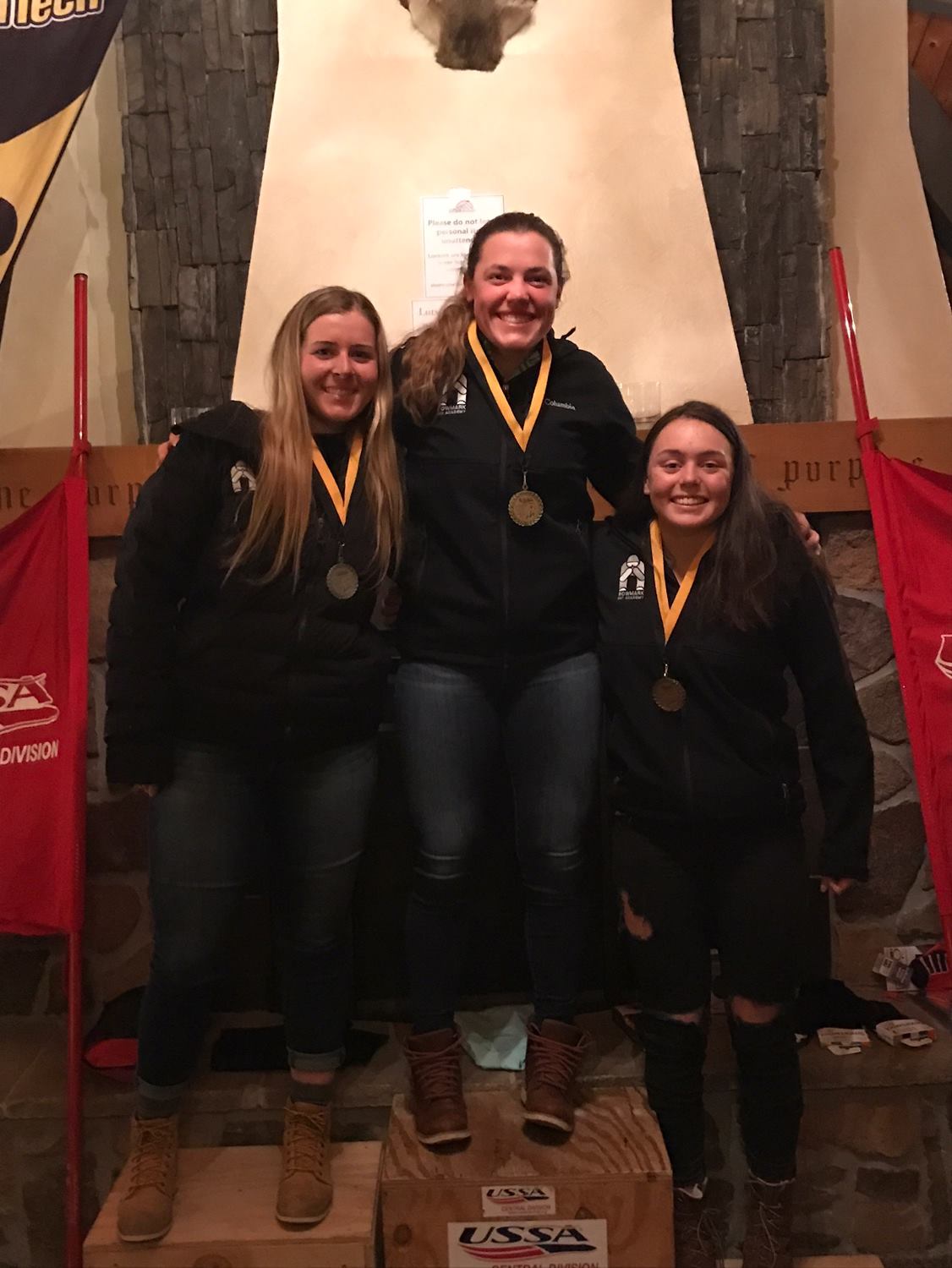 U19 Team Round Up

Competing regionally and nationally, the young women of Rowmark's U19 team represent one of the strongest girls U19 teams in the country. Junior sensation Katie Hensien had numerous outstanding results. Her strongest finish was at the NorAm Continental Cup Finals in Quebec. In a deep international field, Katie finished 10th place in SL (3rd American, and 1st American U19) scoring a 19 point FIS result! Katie and teammates, Hannah West, Katie Vesterstein, and Madison Hoffman swept the podium a few times this year; at the FIS races in Jackson, WY and in Lutsen, MN.

Katie Hensien, Hannah West, Katie Vesterstein, Madison Hoffman, and Ellie Martin qualified for the U.S. National Championships at Sugarloaf, Maine. Senior Sofia Yubero who has been on the injured reserve list all season, has been working hard and will be back on the slopes this summer.

The U19 boys also boast impressive season results. For boys especially, the first years of International Ski Federation (FIS) racing are extremely tough, with intense competition from deep fields comprised of older athletes. Skiers face an ongoing battle at every race to move up the start list. Junior Australian Liam Michael qualified for the 2017 Asian Winter games held in Sapporo Japan. Liam competed against 23 countries, scoring 7th in the GS and 9th in slalom! What an experience. Seniors Nick Fontaine and Ned Neill travelled to Duluth, Minnesota to compete in the Atmore Mid Am FIS cup, also with some great results.

The 2017 Western Region U19-21 Junior Championships (WRJC) was held in Schweitzer, Idaho. Qualifying for the event was Nick Fontaine, Ned Neill, Calen Carron, Alex Percy, Daniel Mulligan, Liam Michael and Scottie Bocock. Despite fog and rain the skiers stepped up to the plate. For the U19 Boys, Scottie Bocock and Liam Michael led the charge. Liam had a great week with a 3rd in Super-G, 2nd and 4th in GS, 4th and 8th in SL and taking the gold as the Overall WRJC champion. Scottie was third in the first GS and won the second GS for his first victory of his young FIS career. Nick Fontaine finished the series with a strong 5th place in SL. Also scoring top twenty finishes were Ned Neill with a 10th and Daniel Mulligan with a 20th in the final SL race on Tuesday.

The U19 girls raced in the Rocky/Central Junior FIS Championships in Winter Park, CO. For the U19 Girls, Lucy Neill and Camryn Glick finished consistently in the top twenty with Lucy skiing to 11th and 14th in GS and Camryn finished 17th three times out of four races against a sturdy field.

Please check all past results and photos on Rowmark Ski Acadmey Facebook page. 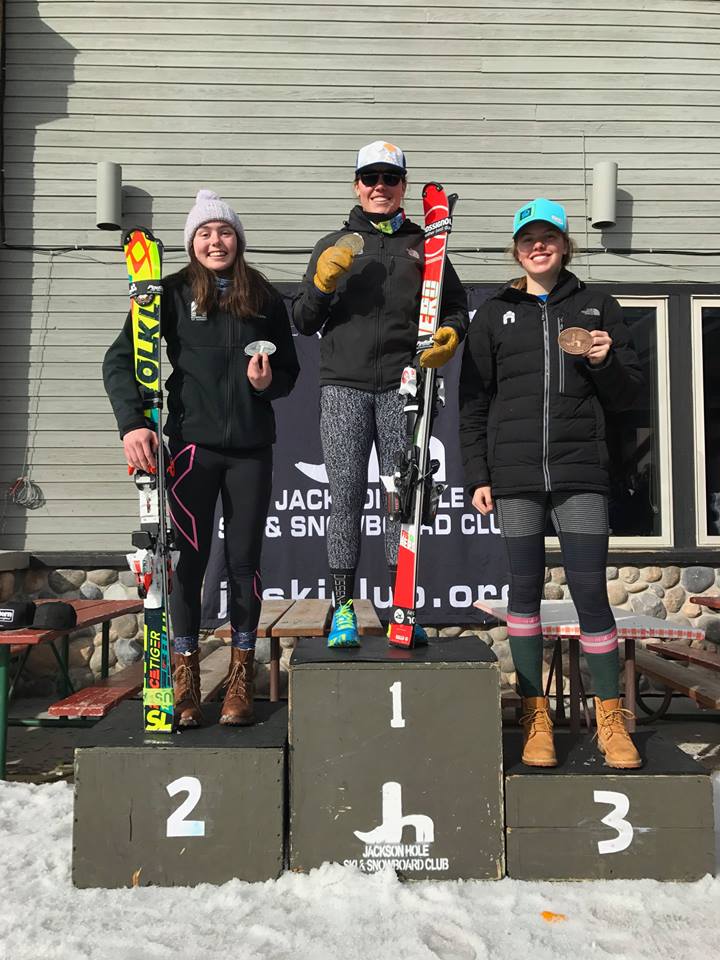